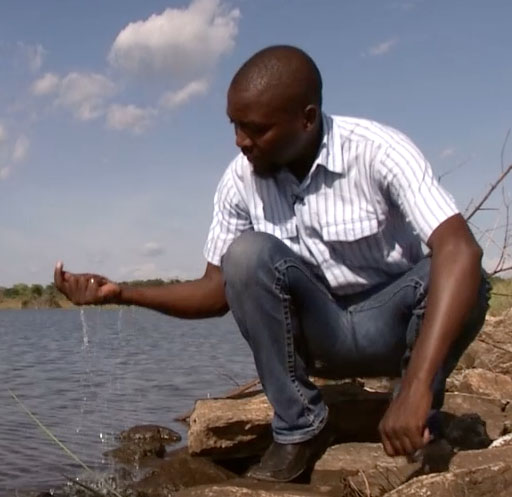 William is a Science Journalist, Researcher and Communications consultant based in Kampala. He has nearly 15 years of experience in journalism and media. He has been a Wild Dog Ltd producer and fixer in Africa since 2009. William has also fixed films for the Dubai based Hot Spot Films as well as for international TV crews including Euro News and RAI

William has worked with the United Nations (FAO) ile Project as a Scenario Researcher and Writer and he is co-author of the booklet “Food 4 Thought: Demand Scenarios for Agricultural Produce in the Nile Basin for 2030.”

William is the Chairman of the Uganda Science Journalists Association (USJA), a winner of the African Ministers’ Council on Water (AMCOW) media award, and a speaker at several local, regional and international conferences. William also has served on the Board of the NGO Uganda Nile Discourse Forum (UNDF) and as a member of the Advisory Committee of the Lake Victoria Environment Management Project (LVEMP II)